As I haven't posted any pictures of cute young men recently, I decided that this lack should be rectified.

Here is a picture of a saucy leather lad that I found in my sketch books. 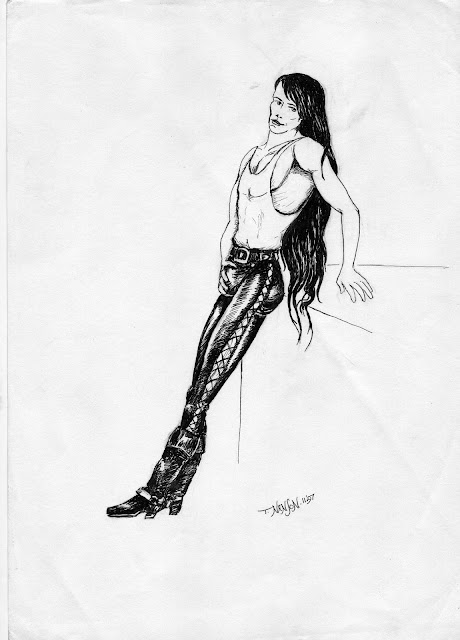 Adieu
Posted by Tom Nanson at 02:08 No comments: 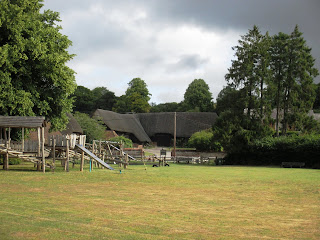 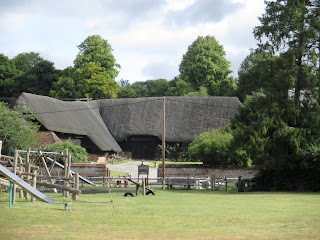 Many years ago I visited Rivaulx Abbey whilst on holiday.

I painted this watercolour. 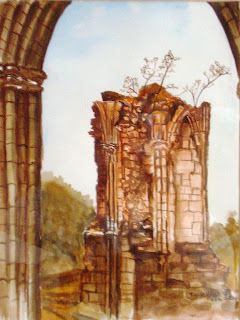 Having recently rediscovered it, I may use it again in one of my Landscapes at some point.

Adieu
Posted by Tom Nanson at 03:42 No comments: 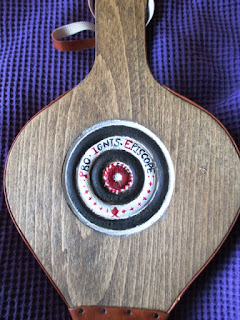 A few re-enactors' markets ago I bought the top section of processional cross (with a nice brass cross) with a brass tube section (to slot in the missing base) and a brass fitting to hang  a banner horizontally.

In medieval ( and heraldic) terms this banner would be called a gonfalone.

I made a replacement base section for the pole and wood stained it to match the top.

As my character, the bishop, is a knight of the order of St Michael, I have now painted a suitable gonfalone.

This shows the saint and archangel as a warrior of Christ ,standing over the defeated Devil. 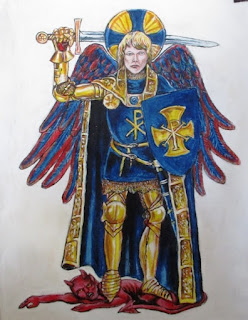 Once I have added suspension tabs and a backing I will post again, showing the gonfalone on its pole.

When completed, this will give me three types of flag outside my tent, as I already display a banner and a standard.

Adieu
Posted by Tom Nanson at 03:27 No comments: