I am currently working on a new seventeenth century suit.

I am making it in  good black broadcloth, which is sufficiently felted to let me leave the slashes raw and unlined.

I am decorating the doublet with black velvet and gold/silver braid. All the braid has to sewn on by hand.

I have just finished laying the velvet on the tabs and putting their braid on. I have also just found I managed to put the velvet and braid on the wrong side of two of them and will have to unpick and do it again... 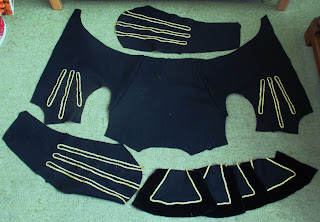 I sometimes include buildings, or ruins, in my Landscape of Dreams.

These tend to be castles and abbeys.

Thanks to our good friend Henry VIII, there is practically nothing left of Merton Abbey. He reused most of the stone to build Nonsuch Palace ( which, ironicly, had now totally vanished).

However, when I had the extension built at my house, I had to have the crazy paving ripped up. This was all good York stone and I discovered that one piece was a complete flagstone and that another had part of a carved window reveal. I think there is more than a fair chance that these are little bits of Merton Abbey and have preserved them.

The only other pieces of the Abbey remaining are a two sections of its boundary wall, a few parts of the buildings at Merton Abbey Mill and a Norman arch doorway that was moved and re-erected at St Mary's Church.

This is a watercolour I painted of the arch. 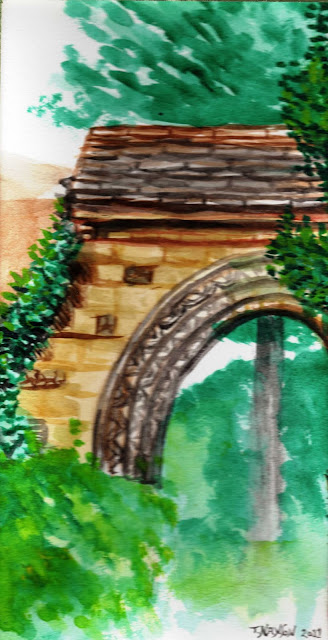 Here is another new drawing from my sketchbook.

I experimented with the use of Chinagraph to enhance this pencil drawing,which is a study based on one of Peter Berlin's self portrait photographs.

I think the Chinagraph has enhanced the leather quite nicely... 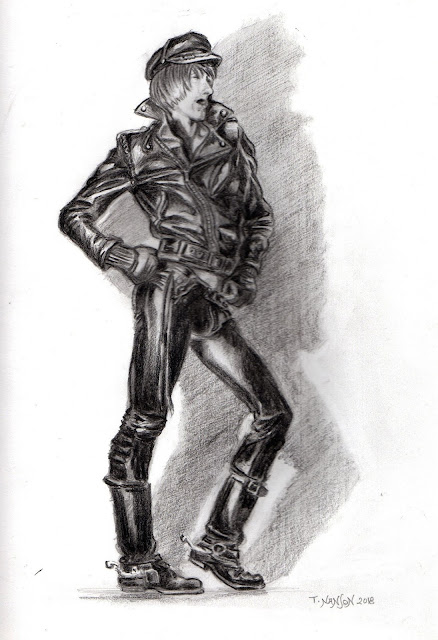 Here (because I could...) is Woodlore in various small bits of leather... 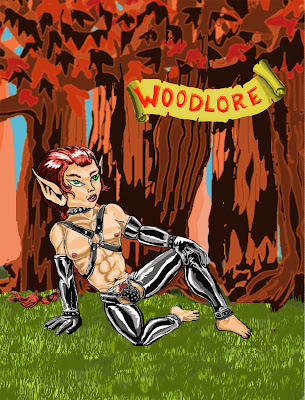 Next,  in harness  collar and pouch... 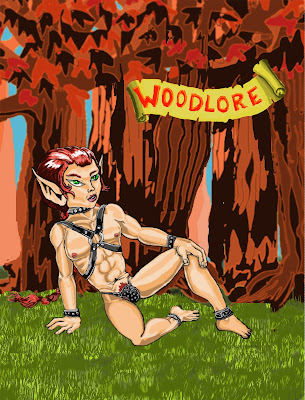 and, finally, just the collar and pouch.. 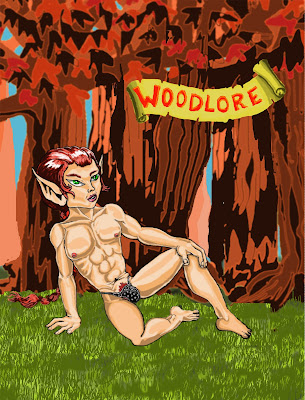 I have decided I rather like the possibilities provided by using the layers in Photoshop..

I have now added the rest of the  more risque sequences for the pictures of Woodlore and Raven to the Elf pages of the Garden Of Dubious Delights section of my website.

Greetings and a Happy New Year.

Here is a  new drawing from my sketchbook.

I call it  'Seated Youth' 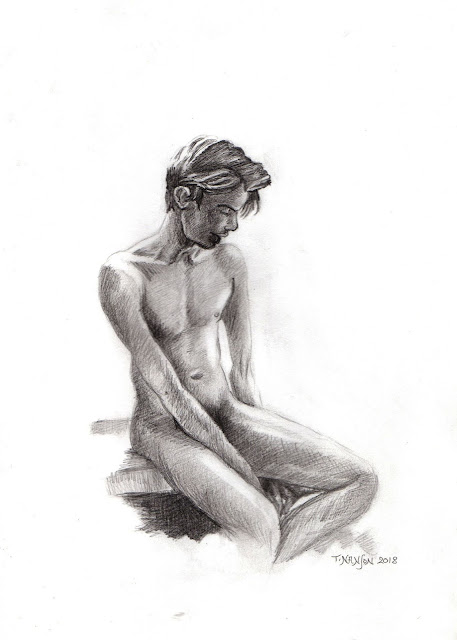 Whilst I often work in colour, I like to brush up my skills in monochrome every now and again.