I have been doing some more experimentation with Photoshop.

Here is a drawing I made of my hero, Raven, eating dreamberries: 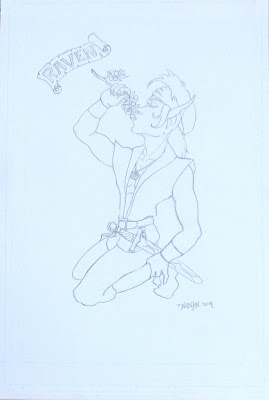 Now here is how he came out in photoshop. 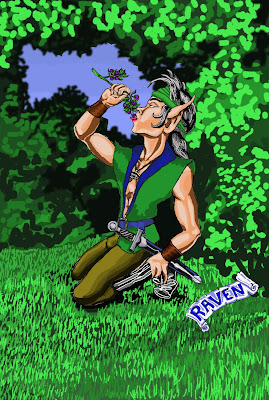 I have been playing about with layers, so here he is without his jerkin and sword: 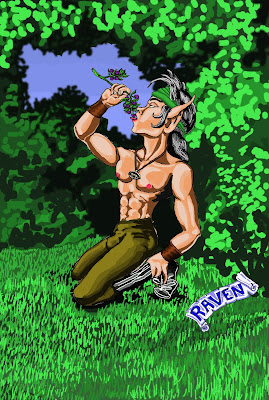 I have created other variations of this image , but they are more appropriate to appear on the Garden of Dubious Delights pages of my website.

I will add them to the Elves page at some point...

Here is the last one of my new sprites. 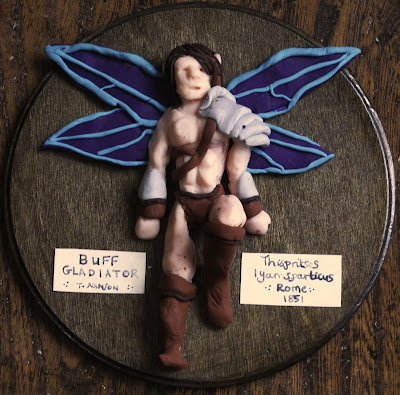 I have just been to the Re-enactor's market ( Known as TORM). We usually go, but, after over twenty five years of re-enactment, there is usually quite little on my list.

This time, however, I had quite a substantial list.

Teddy and I are involved with a costume set for the 2019 World Science Fiction Convention that will be held in Dublin and we need two different thicknesses of leather( in matching brown) for his costume and a set of  black seventeenth century boot butterflies and some long black feathers to go in a hat for mine.

I also wanted some black leather for remaking a large belt pouch and ready-cut half-inch strapping for armour repairs, as well as some sharp glover leather needles and a new hole-punch.

Then I needed to get some more mead for the cellar, an interesting bottle of alcohol as a present for my brother, a new medieval straw hat, an axe handle, some more herbal toothpaste from the Roving Apothecary and two metal banner-holders.

I have never before been so successful in getting stuff from the market.

The toothpaste had been discontinued ( Bah!) and we couldn't find an axe handle, but we found everything else and ,in addition I bought an interesting Marmalade Whiskey Liqueur ( that just had my name on it !) , found some good black linen to line the doublet of my costume with , got some good linen thread for leatherworking and found a nice small set of bellows to replace the cheap ones I've been using for years.

I also got enough leather strapping to last through several years of broken armour straps and bought a solar topi that is need for another member of the costume set.

Here is another character from my Elfsex comic.

This is Lord Saal, who featured in Elfsex 3. 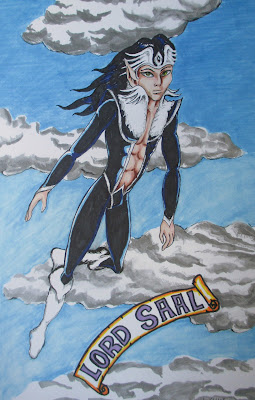 Here is another sprite

This is a White Kitsune ( Yaoiboi Kinkikatsutedas ) collected in Nagasaki in 1888. 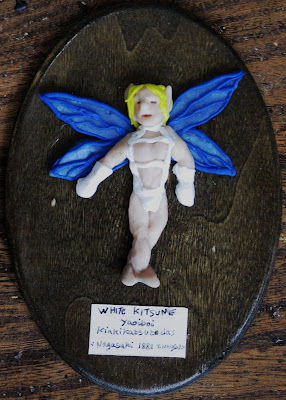