I have recently finished a new acrylic painting. 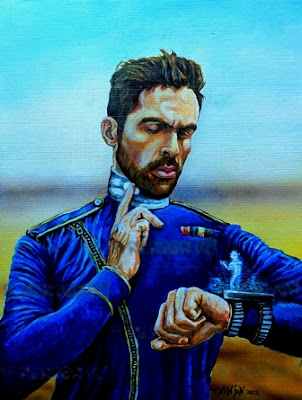 Here is another version of this computer art.

Here is the prince in harness, jock, boots and chains.. 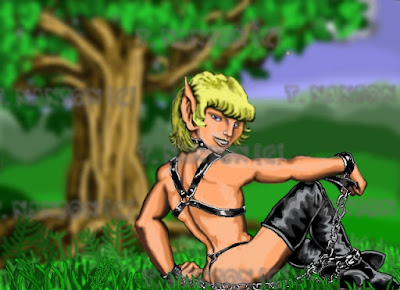 There a couple more versions to go , which I will post later,

Here is a new piece of computer art.

This is based on a pencil drawing from my sketch book.

Judge Alvin is a character from my Bright Judges comic. 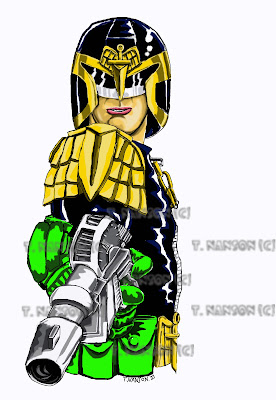 As promised, here are more versions of the elf prince.

We left him in chains, now he gets a kinkier outfit... 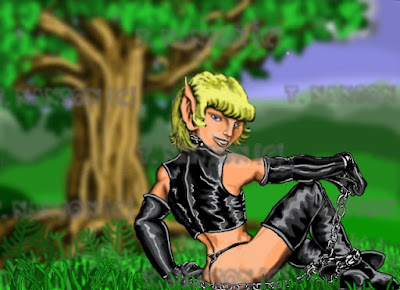 then loses his jock... 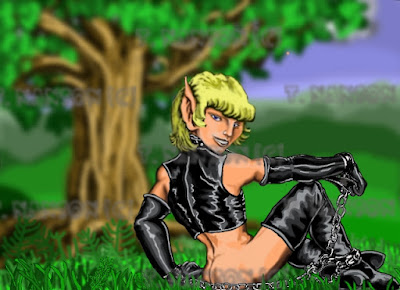 There will be more from the prince later...

Here is a new piece of computer art based on a photograph of an American soldier at the Nuremburg War Trials. Here are two more versions of the elf prince.

First, in just his shirt and boots... 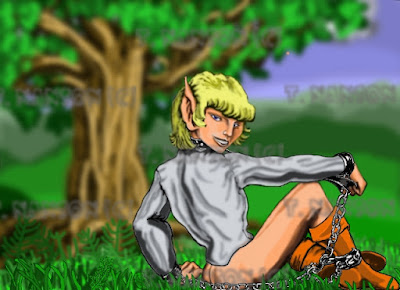 Christmas traditions are many and varied and, for many years, I have followed the Twelve Days.

I have a special meal on Christmas Day and the same menue again on the evening of 6 January (Epiphany, or Twelfth Night).

Red wine with the first course-obviously...

Dessert is an individual portion of Christmas pudding with a generous serving of my homemade brandy butter.. with  a nice madeira to wash it down( from a nice Victorian decanter)

This meal is served on Royal Worcester  and eaten with silver cutlery.

If I am still hungry, I may eat some dried fruit later with either madeira , or some brandy( from my regency decanter)

Here is my table set for the Twelfth Night meal. 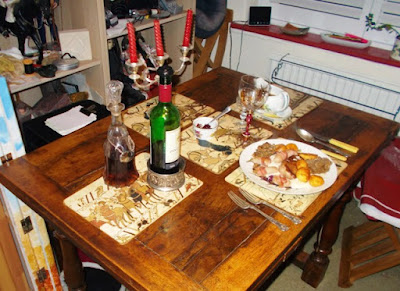 In past years (under the Twelve Days tradition) I have ensured that all decorations have been down before going to bed on 6 January.

In this I thought I was being true to the medieval tradition of Christmas.

I have recently discovered ,however, that I was mistaken.

Medieval folk in England celebrated Yule. This runs from Martinmas ( The Feast of St Martin of Tours on 11 November) to Candlemas ( Celebrating the Christ Child's presentation at the temple, on 2 February) , including the whole of Advent and several feasts in its scope.

Decorations should be down by the end of Candlemas Eve ( evening of 1 February).

Thus, this year and henceforth, I shall be following this true tradition. I will, however, still limit the number of feasts I celebrate during Yule to a maximum of three...or the work of easing their effect will be overly onerous once Yule is done.

Here are two more versions of my new computer art. 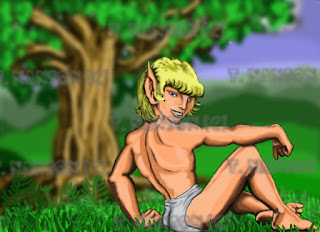 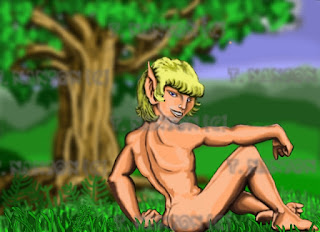 And yet, there's still much more to come...

Here is a picture from my sketch book of the Boy Wonder in a spot of bother... 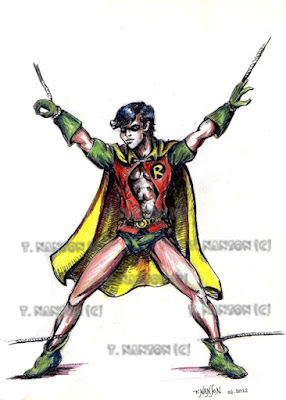