For many years my husband, Teddy, and I were members of the Far Isles Medieval Society.

This is a group that was (in the far mists of time) once part of the Society for Creative Anachronism.

Members may have two characters in the Far Isles based, often very loosely, on historical periods between 500 and 1603.

I served many years as King of Arms for the society and, hence vetted and created many achievements of arms.

One of Teddy's characters had - supposedly- trained a flock of killer sheep and had thus been granted arms as:

This was a red-brown shield with a sheep with a wolfskin cloak standing ( as this was thought an appropriate pose for a sheep).

Teddy was never very happy with these arms, as he felt a killer sheep should be more warlike.

His other character was a Renaissance fop and I designed appropriate arms;

Chequey vert and or a russet apple slipped with a bite taken from the sinister chief proper.

Teddy's favourite colours are green and yellow. Hence, he was happier with these arms.

In time the membership and flavour of the society changed and we decided to leave.

Teddy, however, had been elected king ( Head of Society) three times and was, much to his ( but nobody elses) surprise made a Life member. We were also told that this sort of extended to me too and I am now a sort of Associate Life Member-weird but apparently true.

Anyway, when we decided to get married, I decided to draw up a new achievement for Teddy, combining his previous coats and rectifying previous design errors. 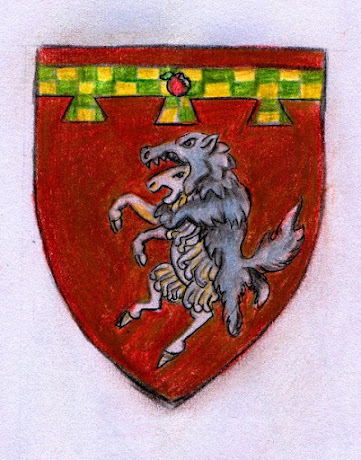 The blazon is: Tenne, a sheep in wolf's clothing rampant in chief a label dovetailed chequey vert and or charged with a russet apple slipped with a bite from the sinister chief proper

He is very happy with these new arms.

At some point I will draw up the two marriage achievments.

As per the ruling of the Collage of Arms for same sex marrige coats,they will be impaled.

I was tidying the studio the other day and came across a box of old sculptures.

Many have now been discarded, as I have made better ones since, or , indeed, better versions. 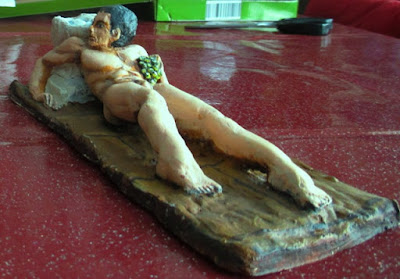 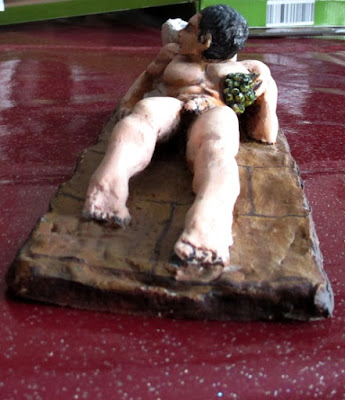 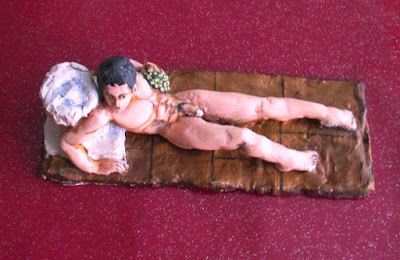 This is a drawing of a cute young Napoleonic officer from my sketch books.

As I have previously mentioned, I have been working on a new Fimo figure.

I have now completed it. 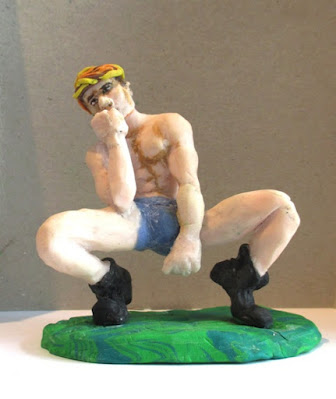 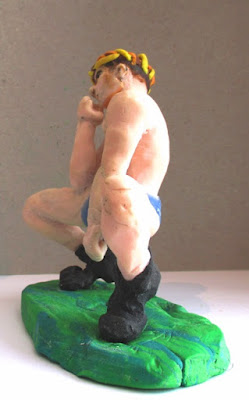 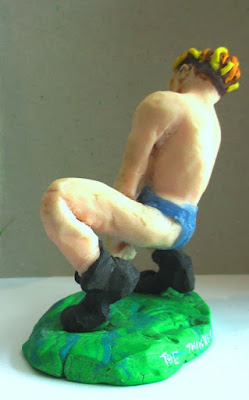 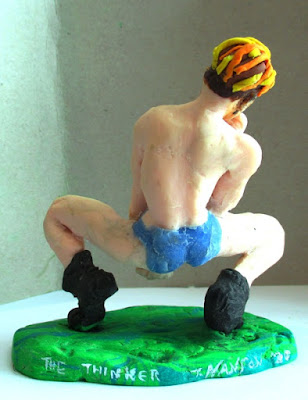 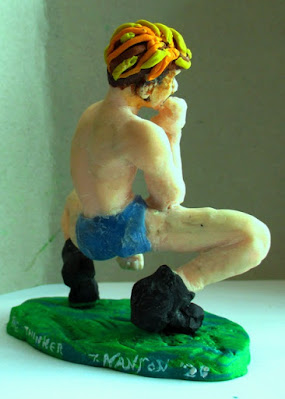 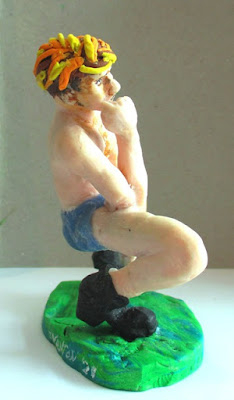 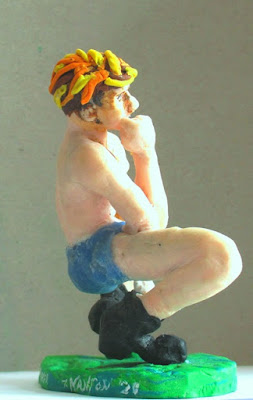 I like to set myself challenges. This figure is not only squatting down but is also resting on the ball of his feet. 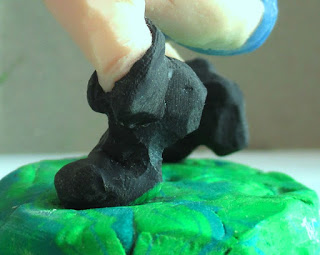 The figure is 9cm high.
I am calling it "The Thinker".
Until next time
Adieu

I found this drawing in one of my sketch books. 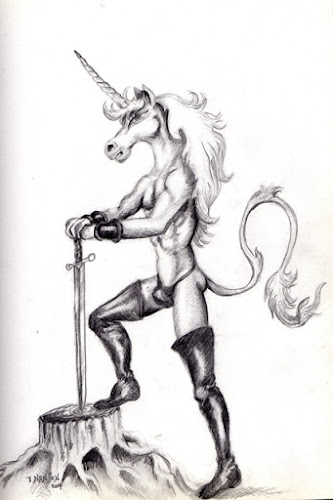 I think this is the first time I have done a drawing of a  human/creature hybrid.
Until next time
Adieu

I have been doing experiments with Fimo.

I wanted to make a standing figure, but Fimo is too soft to maintain its structure through the half hour cooking process and its probable that  a wire structure would heat up and crack the clay

I speculated that it should be possible to make a standing Fimo figure without using a wire support if I made it in two pieces( front and back) and then clayed over and smoothed the joint.

I then had to do quite a lot of carving and sanding and remodeling, as this process makes it more difficult to judge anatomy in the round.

The good thing about fimo, however is that it can be cooked and recooked over again.

This is the finished figure , which is about 18 cm high. 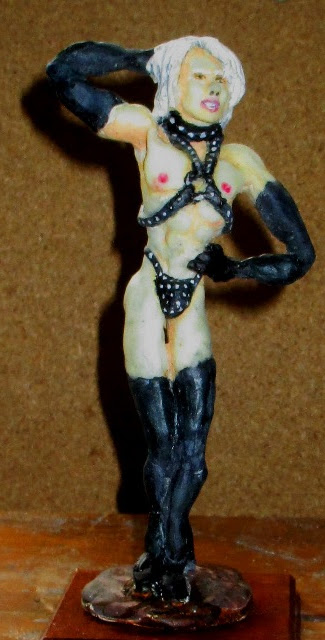 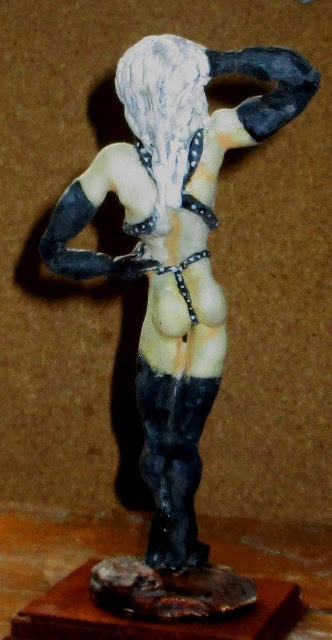 The boots have high heels .
There is no wire structure and the figure is stable.
I think I can count the experiment a success.
As an additional feature the Fimo I used for the flesh of this figure is luminous, so he glows greenish with the lights off!

I am currently working on a figure crouching and up on the balls of its feet, which I am making in sections. It is going quite well so far.