Here is another in my new set of sprites.

This is the Golden Lad ( Losaeleaf Anistarcus ) Collected in Crete in 1888. 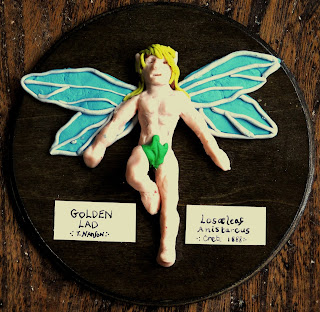 Adieu
Posted by Tom Nanson at 06:09 No comments:

Here is a drawing of a fine young man with ripped abs - wearing jeans. 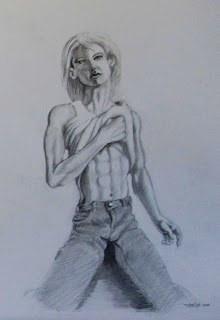 Adieu
Posted by Tom Nanson at 03:52 No comments:

Some time ago I posted about some Lilliputians that I had sculpted from Fimo.

I have now made some Sprites of the order Fairae. 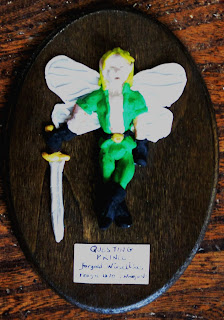 This is a Questing Prince (  Forgold Wilselisas  ), collected in Prague in 1870.

Adieu
Posted by Tom Nanson at 02:39 No comments:

Here is  a large watercolour I painted some years ago.

It was originally titled Midsummer Tempest, but, as I subsequently gave that title to another work, I am now calling it Summer Storm. 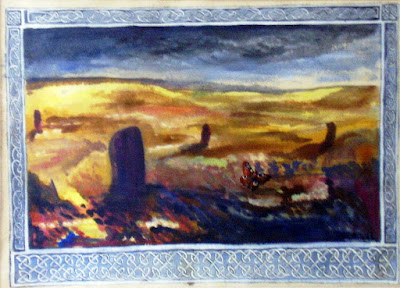 This falls within the Landscape of Dreams, as this is a constructed landscape.

You will also note the Celtic strapwork borders.

I sometimes use strapwork in my illuminated manuscripts and spent some time learning the secrets of its construction. The thicker base border is particularly complex and is known as the Eight Strand Cruxiform break.

Every other centre junction forms a cross of negative space. 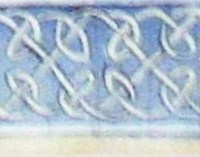 These crosses should be as even as possible.

Here is a drawing of a young man in leather.

This might be another candidate for use on a book bag at at some point. 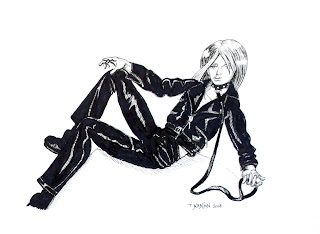 Adieu
Posted by Tom Nanson at 05:04 No comments: