As is often the case, I have been busy washing and repairing kit since Milton Keynes.

Luckily, the Paladins schedule in gap weekends between events.

This time I had to repair the stitching holding my right glove into my gauntlet, darn the knee of my fight hose (which are starting to look like they might need patching, as the wool is getting very thin in places..), de-bur most of my sword and dagger blades and repair the neck of a shirt.

I have recently bought another set of leg and arm harness and fought with this at Milton Keynes using my old two-lame spaulders. Since then I have experimented with  my longer ( four lames and better quality) spaulders.  I think I can make it work and will field-test at the next event.

I bought an old Lancaster Armouries bascinet with aventail  from a chap at Milton Keynes and have also spent some time painting the inside with black Hammerite to stop any rusting.

Here is a picture of me testing my friend Deejay's full contact armour with a hand-and-a-half at a previous show. 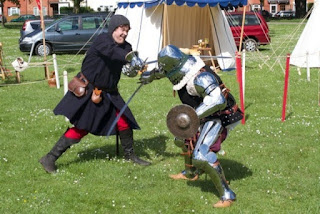 Adieu
Posted by Tom Nanson at 04:22 No comments: 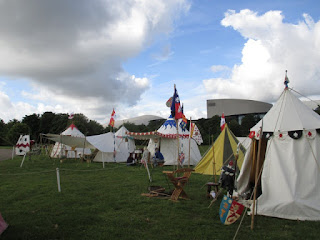 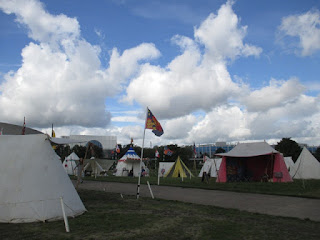 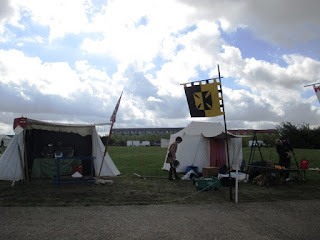 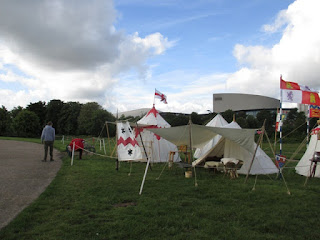 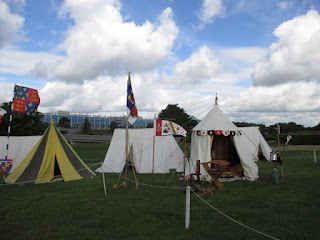 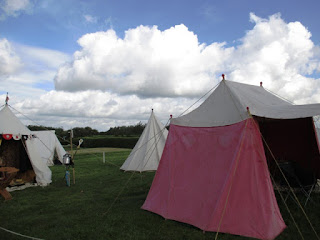 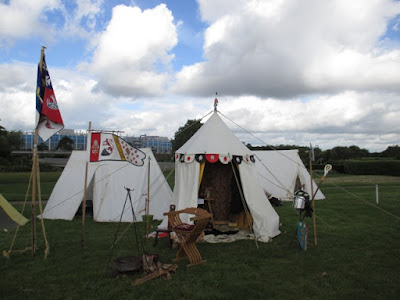 Here is another cartoon in this occasional series.

This one is based on the equipment you'd need to fight as a fifteenth century re-enactor. 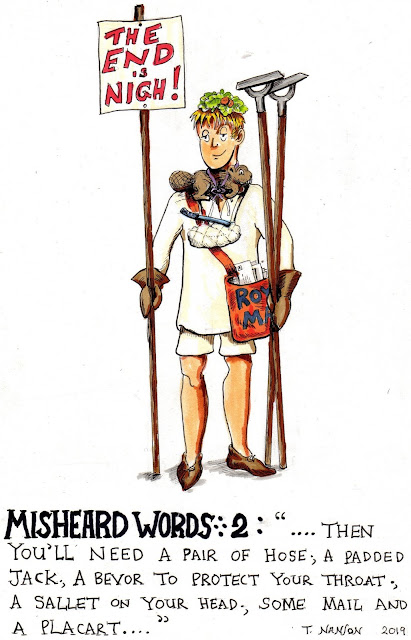 Adieu
Posted by Tom Nanson at 00:15 No comments:

I sometimes go out and paint in watercolour.

These pictures often inform , or take some part in, my constructed Landscape of Dreams.

Here is a study of silver birch trees. 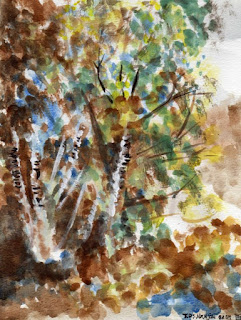