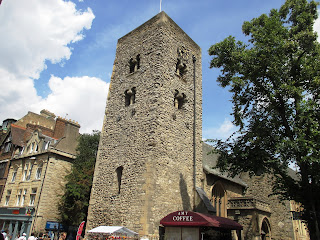 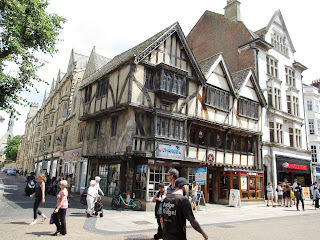 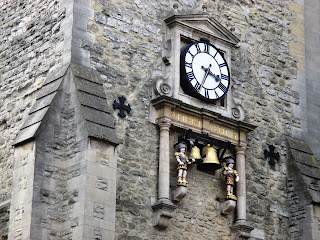 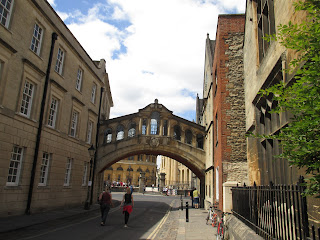 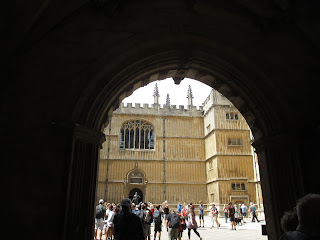 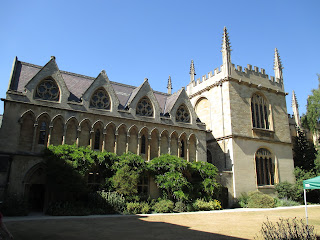 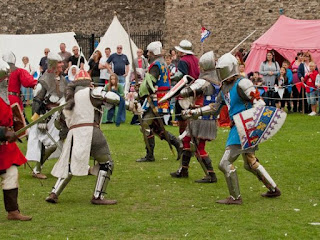 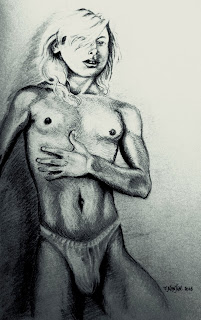 Last weekend I was at St Albans Country Show with seven other Paladins.

For the first time for absolutely ages we had a FLAT campsite. Here are some pictures of the encampment 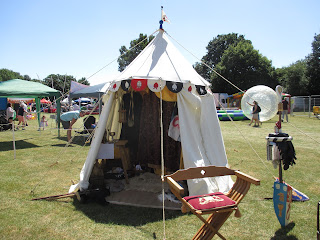 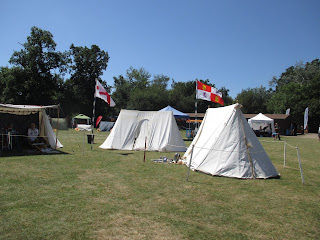 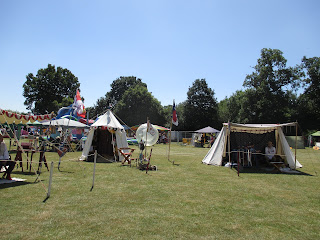 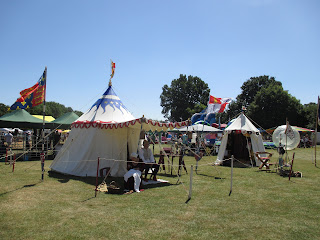 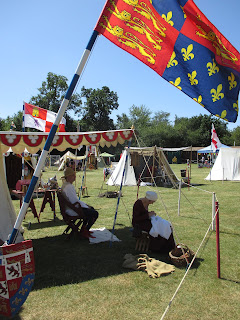 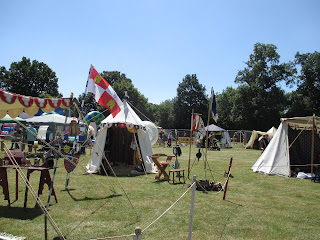 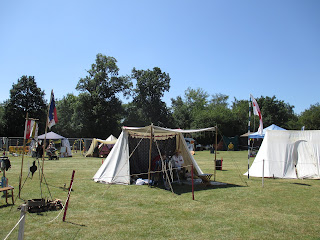 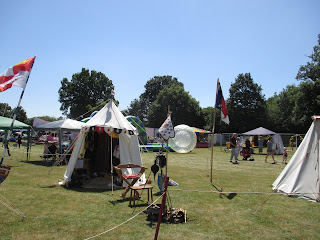 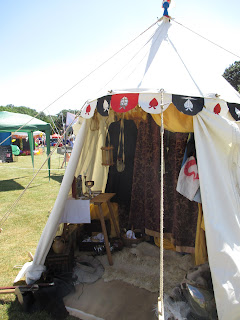 As you can see, we formed a little crescent-shaped island of the Fourteenth century in a sea of plastic gazebos.

There was also a small group of Viking reenactors there, who camped just behind us and put on a reasonable fight display of swords, shields and dane-axes.

It was very hot with not a cloud in the sky , though, luckily, there was a bit of wind. We didn't get many people stopping to ask questions, try on armour etc, which meant we could stay in the shade a lot until we had to do our tourney.

The main area was in a corner of the field near trees, so got no wind. It was probably the hottest part of the site.

On Saturday I light armoured in jack, mail, legs and spaulders. We only had four fighters, but we still each managed two fights and a short melee in the main arena lasting( in total) about 15 minutes, before the heat got  to us

There was a sparse audience, but those that watched us seemed to appreciate the show..

The Sunday was verging on 30 degrees.  I had been for a walk round the stall set about the main area at about 2 Pm and , even in cassock and rochet( with a large straw hat) it was like being hammered by the sun.

Luckily, we had been moved to the small arena near to our camp, so there was some wind, but the Marshal went on in just a jack and I went on in just jack and mail to try to make the fights last as long as possible.

Less luckily, the grass in the small arena had been trampled flat and and was the colour and texture of straw, which meant that the footing was very slippery under medieval boots. I was even noticing it and I've got hobnailed boots.

Despite this, we still managed to do a reasonable fight for about fifteen minutes total.

This time we had a grand total of about eight people watching- including the children.

Still, the client was happy...