My husband, Teddy, collects ball-jointed dolls and often changes their outfits and takes photos of them.

I noticed that one of the dolls remaining on a shelf one day had been left in an interesting position and decided to do a drawing of him. 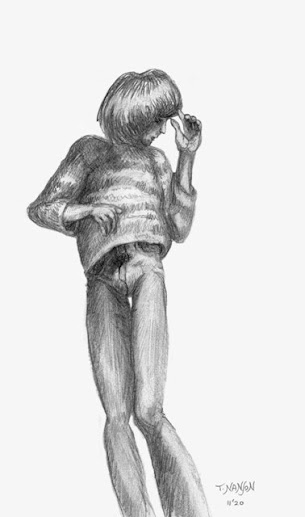 This is my decoration of the Christmas tree this year.

and with its lights

Here is a Christmas Fairy to celebrate the season. 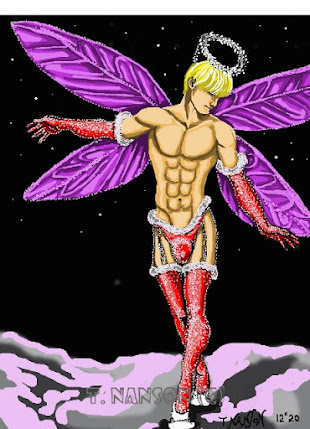 Have a Cool Yule.
Until next time
Adieu

My parent's house has a long holly hedge down one side. Each year, my father used an old wreath frame to make a holly wreath for the front door.

In later years, however, he bought a commercial wreath and I inherited the frame.

Now, each year I make a wreath from the yew and holly in my garden.

Here is this year's wreath. 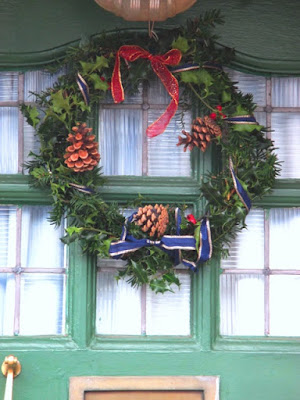 Here is a new drawing of a young man with  a quarterstaff. 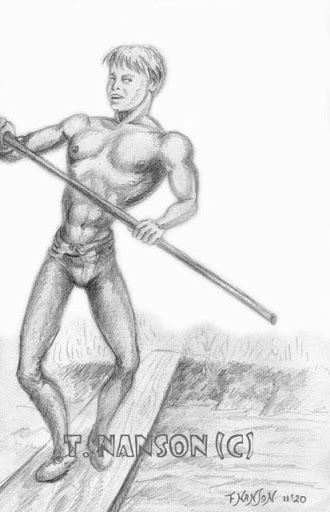 This was inspired by a drawing by Tom of Finland and the story of Robin Hood and Little John fighting on a narrow bridge over a stream.
Until next time
Adieu

Thus is an ink painting I did many years ago. 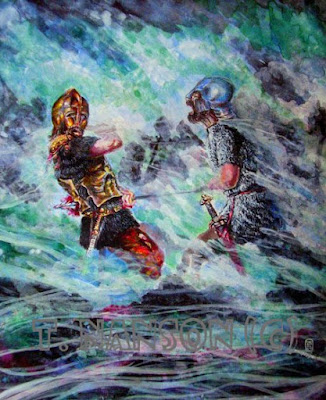 It is based on the Arthurian legends and shows the final fight between Arthur and Mordred at the battle of Camlan, which ( some versions say) was fought in fog.
This is a very old picture, but I am still pleased with how the fur under Arthur's Roman cuirass came out.

You can also see that the barbed spear has gone in a small gap between the plaque belt and the breastplate and punched out through the edge of the backplate.
I called the picture "Father and son"
Until next time
Adieu

Here is a new drawing. 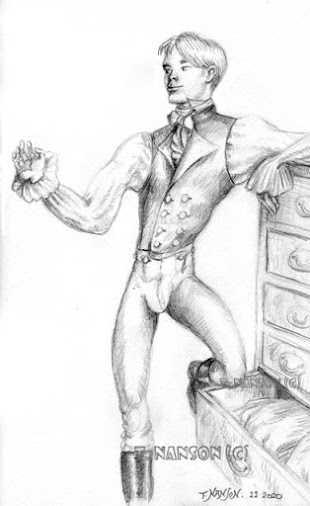 This piece was inspired by a drawing by Tom of Finland.
Until next time
Adieu
Posted by Tom Nanson at 03:03 No comments:

This is a portrait of Lord Saal, one of the gilder elves from my comic, Elfsex, 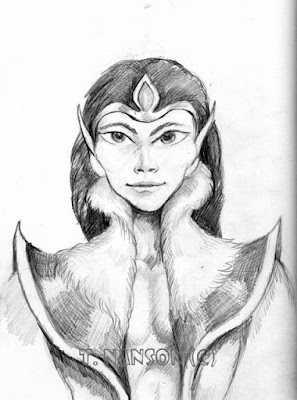 Here is a new piece of computer art based on a drawing I posted earlier.

This has turned into a sexy tigerboy.

I am very please with how this picture came out.

You will note that I am also starting to use my new watermark signature. 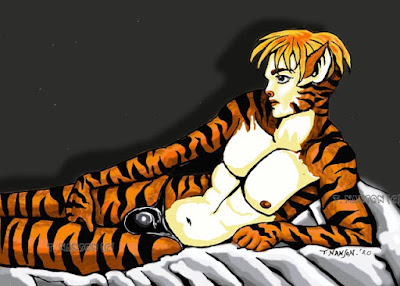