Here is a small oil painting I did a few years ago. 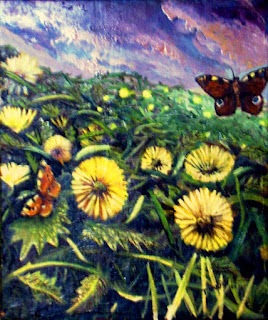 Here is a drawing I found in one of my sketchbooks.

It is a pencil study based on a photo of a young man in a leopard-print speedo. 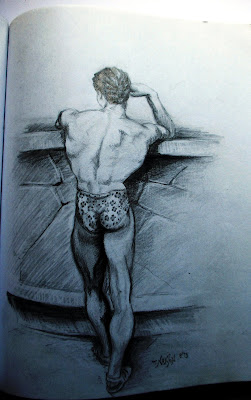 I used this figure as the inspiration for an acrylic painting of a superhero, who I called Icefire. 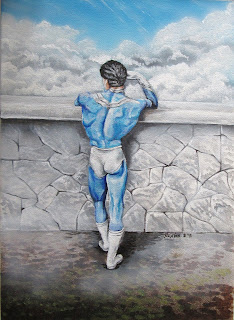 I was discussing Napoleonic uniform at a re-enactment fayre when a passer-by misheard the word 'gorget' .

I thought it would make a good cartoon. 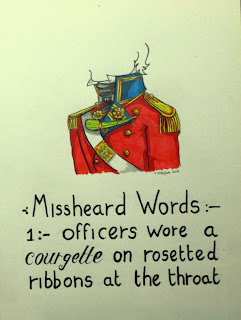 If I think of any other examples, I my make this a series...


I have just been to my first camping re-enactment of the season at the Weald Park Country Fair in Essex.

Most of us arrived on site on Saturday afternoon to set up, as we were on show on the Sunday and Monday and we had most of the camp ready by the time it started to get dark.

Some more Paladins turned up on Saturday morning and we completed the camp.

We had been planning to do a dance show, archery demonstration, fight training in a small ring and a tourney in the event's main arena.

Things didn't quite turn out that way. The event was a country fair/ dog show and was somewhat haphazard regarding organisation.

They had promised us a archery range, but this was not provided. Deejay and I surveyed a possible usable site on Saturday,only to find someone parked a couple of vans in it overnight, so we had to ditch the archery.

Then we found that a wrestling ring was being set up not far from us and each bout was announced over loudspeakers with loud music, so we had to ditch the dance show as well.

It was very hot and most all of the guys spent most of the day down to poltocks and hose, but,as we were spending most of the time doing training and katas in the ring , this was (mostly) still authentic.

We armoured up for the tourney at 3.40 and I any lasted for my first fight before going down with heatstroke. The others managed to keep going through to the end of the tourney and helped me back to camp. Luckily, I' d recognised the signs and had dropped out before the full force of the heatstroke had taken effect, so I recovered quire quickly and was spared the massive headache.

We found out the the Monday would also be very hot, so I opted to try fighting in jack, collar, gauntlets and helm and, having taken the extra precaution of soaking my arming cap, I was able to fight for the whole tourney. It also meant that I could fight hand-and-a -half, which is always popular with the crowd ( big swords-big moves, lots of shouting).

I closed my tent when we got back to camp and began a bit of pack down, so had a reasonable start by the time we were declared off duty. I had the car packed by about 7.00 and stayed to help pack club kit into the van till about 7.30, so was home by 8.30.

All in all ( saving the heatstroke) it was a good event.

I have not pictures, but here is one of me fighting with hand-and-a- half at a previous event. 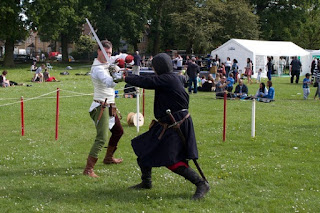 Here is a cartoon I exhibited at Eastercon this year. 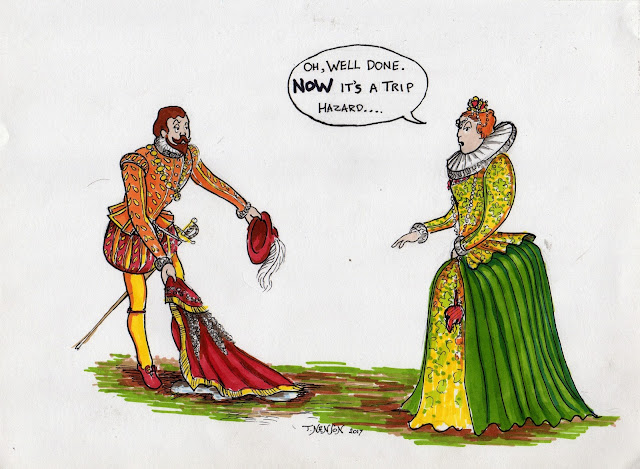 Adieu
Posted by Tom Nanson at 03:39 No comments: