I have recently completed a new acrylic painting. This falls into the  "letting my subconscious out for a jog" category, where I put a new canvas on the easel and just start painting...

As these ones are bound to be a bit close to the bone, I don't go digging into what they might mean. 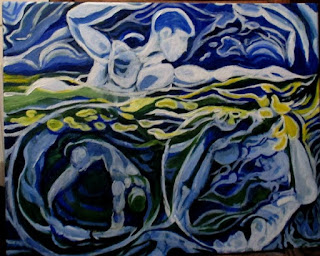 I am calling this one "Body of Watet".

Make of it what you will...

Following the success of my previous commission, I was asked to do a larger piece.

One of my friend Sandy's friends was retiring from a band call "Sellsword" and she commissioned this for him. 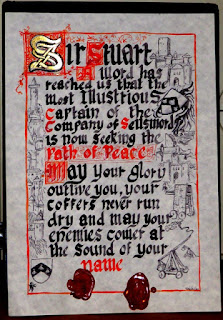 The previous piece was only A5. This is A4 and has an illuminated capital, one shield painted in grisaille and two seals.

I am told that the recipient really liked it.

Here is a drawing of a cute young duelist that I found in one of my sketch books. 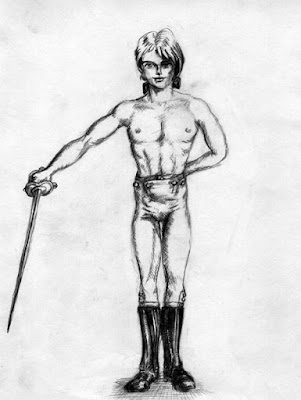 From kitten to cat

I have mentioned our cats before and made note of their size. 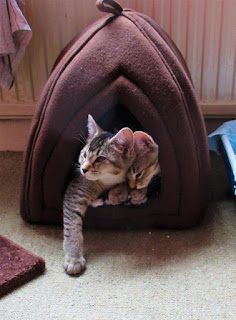 They could both fit in one cat cave... 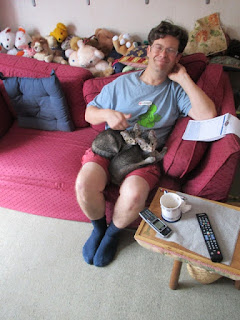 This is no longer the case.. 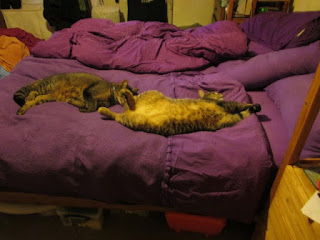 A friend commissioned me to to a small (A5) piece of illuminated calligraphy.

The brief said that the borders should be filled with knightly accoutrements and the arms of Sir John Hawkwood.

She was going to give it to a friend who had just bought his own place. 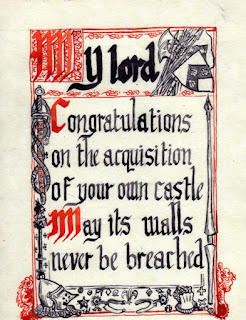 She was very happy with it and she told me later that he had liked it a lot.

Adieu
Posted by Tom Nanson at 00:24 No comments:

We have two large cats. They each weigh in at about eight kg.

On occasion one of them will do something sufficiently cute for me to take a photo.

I was going to put a wash on, but when I looked in the laundry basket I found.... 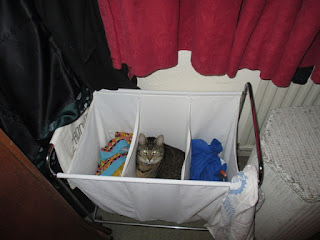 The first one I found had no pin, or clasp and was monochrome white metal. The holes in some of the saltir arms probably indicate it was originally sewn onto a sash, or coat.

It seems to have a biblical scene at the centre. 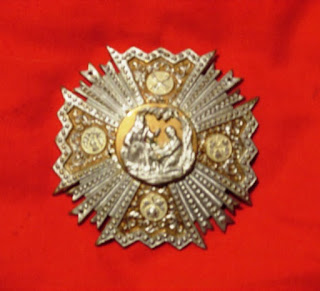 As I wanted to wear it with lots of different outfits, I made a fastening for it by gluing
two  2 pence coins to the back and gluing a broach pin to these coins. 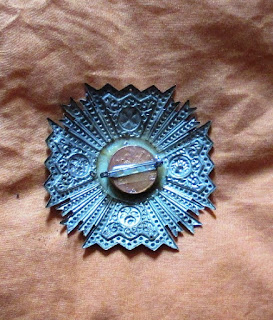 Here's a picture of me wearing it with my diplomatic dress uniform.

The second star I found had a little bit of damage and had a plain centre.

I have yet to find a good way to repair the damage, but found a nice lion face button to mount in the middle. 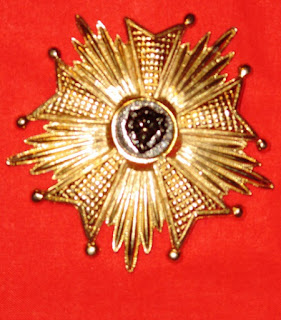 I quite like the two-tone effect on this one.

I was born in the mid-1960's and have known the Mini Cooper car for many years.

In recent years a new version has been produced.

I found  an example of each type parked together in a hotel car park. 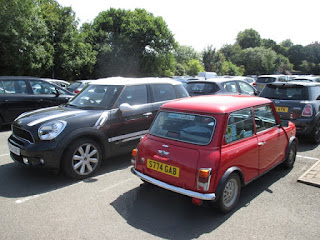 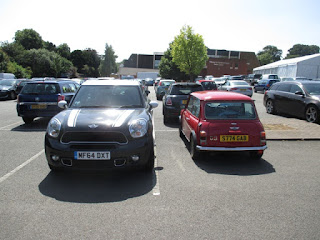 I  now refer to the new version as a Maximini.

Time for a little bit of elf abuse...

Here's a new drawing of an elf-lad who's a bit tied up at the moment. 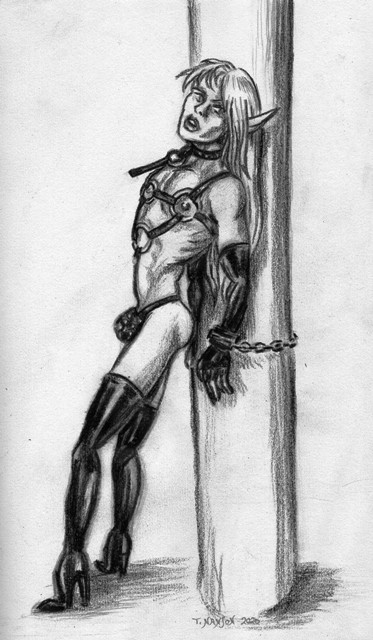 Adieu
Posted by Tom Nanson at 09:08 No comments: